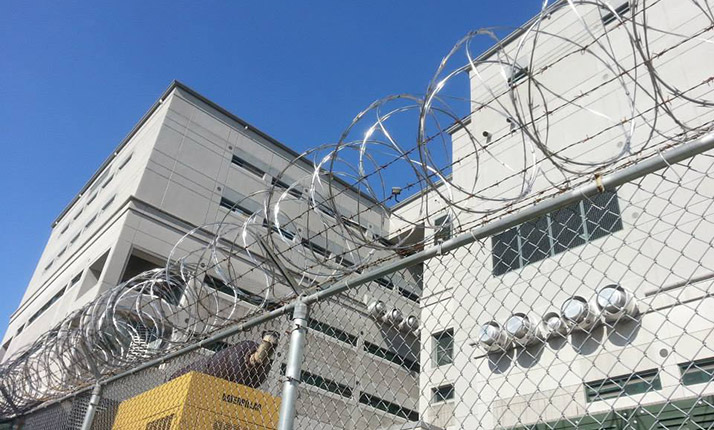 Immigration detention is the unjust and inhumane practice of incarcerating immigrants while they await a determination of their immigration status or potential deportation. In Fiscal Year (FY) 2021, the United States government detained nearly 250,000 people in a sprawling system approximately of 200 jails across the country run by Immigration and Customs Enforcement (ICE).

ICE has an appalling record of abuse. Many Americans are shocked to learn that in ICE detention centers people are deprived of their liberty, denied access to lawyers, separated from their families and loved ones, and subjected to severe medical neglect. These abuses are exacerbated by ICE’s refusal to release people from detention during the COVID-19 pandemic, threatening the lives of those detained. Since 2003 over 200 people have died in ICE custody, including 21 deaths in FY 2020, ICE’s highest death toll in 15 years.

ICE contracts with both local governments and private prison companies, such as the GEO Group, Inc. and CoreCivic, to operate the majority of its vast network of facilities.  This includes dedicated immigration detention centers as well as local and state jails, a model that creates a perverse financial incentive to keep people incarcerated.  Private prison companies profit and local governments make money to pad their shrinking budgets through lucrative federal contracts.

Immigrants in detention can be undocumented or documented immigrants, including people whose immigration status is not current, is expired or is under review. The U.S. locks up survivors of torture, people seeking asylum, visa holders, people who have been granted the permanent right to live in the U.S., people who have lived here for years and may have American citizen spouses and children, individuals with mental health and medical conditions and other vulnerable groups including pregnant women and families with children – even babies.

It doesn’t have to be this way.

Simply put, people navigating their immigration case should be able to do so with their loved ones and in community, not behind bars in immigration detention. The majority of people in detention have been living in the U.S. for years, have families here, and are established members of their communities. People seeking asylum often have strong community ties with loved ones waiting to welcome them to the United States. And for those that need support, they can access it through community-based groups that offer services to help people navigate their immigration proceedings.

History of Immigration Detention in the United States

The United States is the world’s leading incarcerator with over two million people in prisons and jails across the country. As the U.S. expanded prisons in the 1980s and 1990s, the detention of immigrants, once a little known practice, began to take shape.

In the early 1980s several thousand Cuban and Haitian refugees arriving on Florida’s shores each year were swept into newly opened detention facilities. Immigration policy began to emulate the criminal justice system in the late ‘80s when, during the height of the War on Drugs, Congress amended the Immigration and Naturalization Act to require the mandatory detention of immigrants with certain criminal convictions. This meant that their detention was automatic and compulsory, without a hearing or any consideration of their circumstances.

The 1990s brought on a paradigm shift in immigration policy, leading to detention being a primary means of immigration enforcement. In 1996, the U.S. enacted legislation that dramatically expanded the use of detention. The Antiterrorism and Effective Death Penalty Act (AEDPA) and the Illegal Immigrant Reform and Immigrant Responsibility Act (IIRIRA) increased the scope of who could be subject to mandatory detention. The 1996 laws also rendered any non-U.S. citizen, including legal permanent residents, vulnerable to detention and deportation.

After the September 11, 2001 attacks, the Immigration and Naturalization Service or INS was divided into U.S. Citizenship and Immigration Service (USCIS), Immigration and Customs Enforcement (ICE) and Customs and Border Protection (CBP). It also moved from the Department of Justice to the newly created Department of Homeland Security (DHS). Immigration was now a national security issue and nowhere was this clearer than in ICE’s strategic plan for 2003-2012, Operation Endgame, which stated its purpose to, “promote the public safety and national security by ensuring the departure from the United States of all removable aliens through the fair and effective enforcement of the nation’s immigration laws.”

Under the Obama administration, the implementation of the detention bed quota and the expansion of deportation programs such as 287(g), Secure Communities and the Criminal Alien Program, funneled thousands of immigrants into detention centers. In 2014, we saw even more detention expansion when the White House responded to an influx of Central American refugee families with the resurgence of family detention.

The Trump administration has further expanded these parts of the deportation dragnet — increasing the number of 287(g) agreements and other forms of entanglement with local law enforcement and the criminal legal system — while also ramping up community raids and eliminating the policies that deprioritized detention and deportation for some immigrants under the previous administration. The drastic expansion of mandatory detention combined with a skyrocketing detention budget created a sprawling and unaccountable system of mass detention. As a result, the number of individuals detained grew dramatically. The average daily population of detained immigrants increased from approximately 7,000 in 1994, to 19,000 in 2001, and to over 50,000 in 2019. In Fiscal Year 2019, the detention system captured and held more than 500,000 immigrants. Due to the Trump administration’s expanded use of fast-tracked deportations and asylum bans, and the COVID-19 pandemic border closure without public health justification, in January 2021 the number of people in immigration detention fell to about 15,000 people,  the lowest since 1999. However, under the Biden administration, the number increased again to more than 20,000 by the end of 2021. The Biden administration has continued to fund increased numbers of detention beds, encourage continued expansion of the 287(g) program, and pursue new and expanded detention facility contracts. While the number of interior arrests has decreased, in large part due to pro-immigrant state legislation, and a handful of facilities have closed or ended their contracts with ICE thanks to years of local organizing, the pipeline to detention has expanded overall, with the majority of people in detention coming through border apprehensions.

Sign up to receive reports, action alerts, and our newsletter.

Help strengthen a network of advocates and activists around the country fighting for the dignity and rights of immigrants in detention.